Ana Mas Projects (AMP) begins its work in October 2015 from the accumulated experience of masArt gallery (2003-2012) and + R maserre gallery (2013-2015). AMP was established as a platform for the artistic diffusion with two headquarters, one in San Juan P. Rico and the other in the neighborhood of Santa Eulalia in Hospitalet, in a 70’s industrial building.

AMP remains faithful to the spirit that has guided the previous artistic projects of the gallery, relying on the rich dialogue of different generations of artists working in all kinds of formats, styles and backgrounds, both national and international, collaborating with critics and curators to generate knowledge outside the objectives of promoting and developing a work of representation of a stable core of artists who are accompanied in the development of his artistic language and the production of works that reflect it. 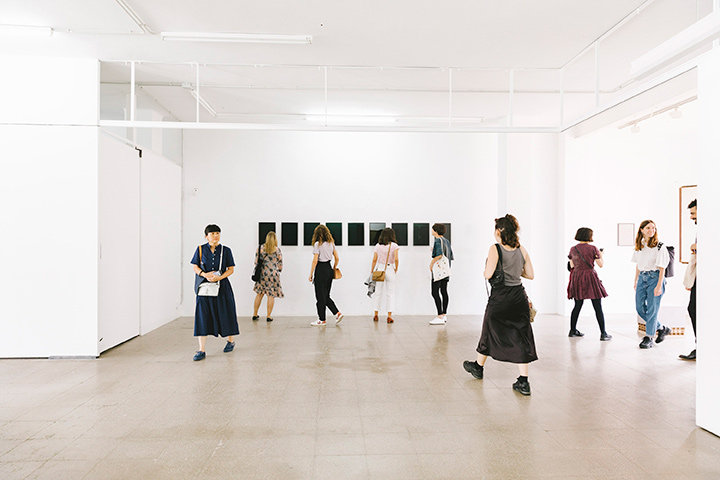 Ana Mas Projects is delighted to present an exhibition by Miguel Marina, titled 'Isidoro García Yágüez'. The project takes its name after an essay by the artist’s mother Isabel Cobo. It is based on a family story that Marina has heard since his childhood. The works that conform the exhibition take on the Alpujarra’s (Granada) landscape from storytelling, recollection and imagination. The drawings, paintings and installations, are excuses for the artist’s formal research, and at the same time they are fed by personal experiences in which time and memory play a key role.

The artist understands his work as a process in which each piece and each material leads him to the next. That causes formal and discursive leaps that seek to analyze and think about the landscape and the different elements that conform it from painting and the different plastic ways it offers. In his practice, he uses processes that involve the idea-image-material union and believes that these extend to form a body of works that look at different fronts but refer to the same thing, a kind of fragmented narrative that evokes the doing and the manual process, as an awareness and starting point when relating to the work on a day-to-day basis.

The conceptual development of the works of Miguel Marina (Madrid, 1989) is based on the idea of spaces and the exploration of the cosmos. His compositions do not encompass a fixed or stable support, but are constructed by "weaving" themselves millimetre by millimetre to form a specific dimensionality, which constantly addresses exploration and discovery.